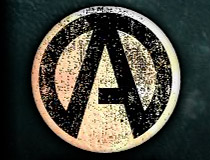 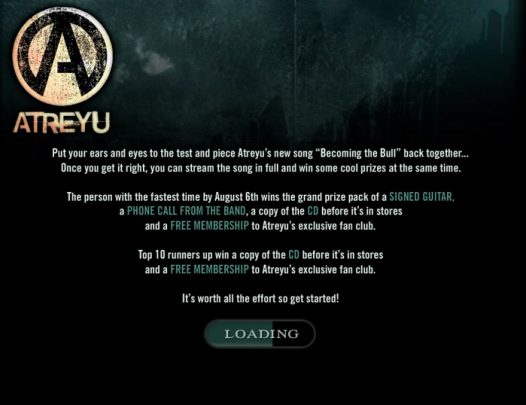 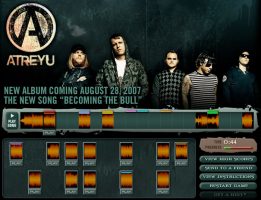 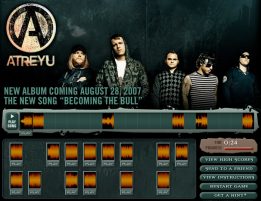 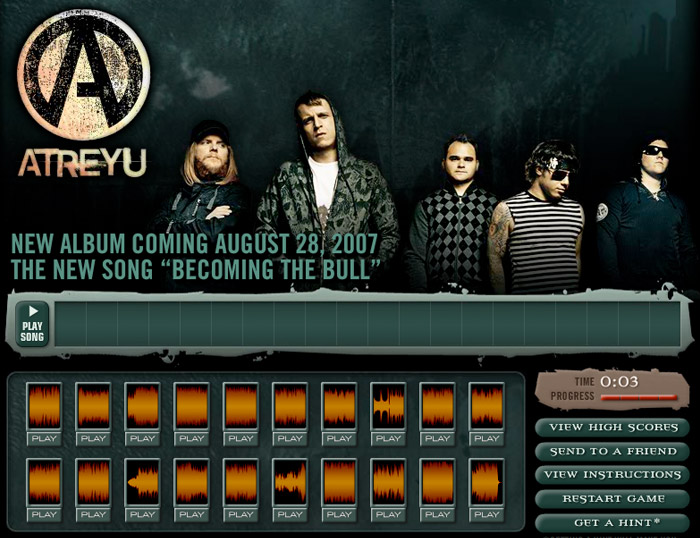 This was a Flash game for the rock band Atreyu. It featured audio clips of their latest single, which the user had to arrange in the correct order. Users with the fastest times would receive a prize package from the band.